I am new to this network, and very glad to have found it. We’re completely in shock after receiving our 11 year old son Eli’s diagnosis of synovial sarcoma on July 21. He’s had arm tenderness for years … I don’t even like to think about how long this went untreated. About a year ago, our pediatrician looked at his arm and felt a mass. After an MRI, our musculoskeletal oncology surgeon confidently said this was a benign tunor of the nerve … said he’d not even biopsy it if it were his own son and that removal was simply optional. We left the removal up to our son … and after his baseball season this year in June, he said that it was bothersome enough to warrant removing it. THANK GOD. Pathology took over a month! We got the phone call on July 21 confirming it was a synovial sarcoma. Eli went through CT scans, MRI, and a PET scan … all which showed no metastasis. His surgeon went back in to remove larger margins last Wednesday and ALL of the tissue removed was free of cancer cells. We are soooo beyond grateful that things have been mostly as positive as possible, but at the same time, we’d like second (and third, fourth, etc) opinions from physicians who specialize in synovial sarcomas! I see a lot of Dana Farber, Sloan Kettering. How about Mayo? I have a friend who recommended Ohio State. And I read about a few very involved physicians out of the Univ of Utah. Any suggestions on top centers would be helpful!! I see such a range of treatments reported on here that I want to make sure that we’ve done enough! So far, there’s no recommendation for radiation or chemo. And he is planned for scans every 3 months (CT and MRI I believe). One other question I have … these scans are pretty risky especially for kids … why aren’t PET scans protocol? The cost?

While thinking about so much in the past week, I also have worried so much about what possibly could have caused this cancer … our doctors say it’s random, but I question everything. I’m sure it’s normal to have these feelings. Look forward to the network of support on these worries.

Thanks so much for any and all help you can give us. The last week of our life has been a roller coaster I’d never thought I’d be on. You all have our prayers, as I read that everyone is going through their own unique battles. So glad that this area is getting deserved attention, and it looks like some very positive things happening in the clinical trials arena.

Oh my, Jill. We’re so glad that you found us, but so sorry to hear about what brought you here. Still, the good news is that Eli’s doctors seem to have the situation under control, and it was discovered before there were metastases.
We hope that you will find this a good place for support and information. The board is a bit quiet at the moment, it’s being a holiday weekend in a lot of places, and also our having a new platform which people are still getting used to.
Have you tried the search (magnifying glass) feature to find specific information that interests you? A search for “pediatric” turns up some potentially interesting leads.
Hang in there, and hang out here!
Seenie from Moderator Support

There is a well respected sarcoma surgeon at Ohio State University by the name of Raphael Pollock:
http://surgery.osu.edu/oncology/directory/raphaelpollock/index.cfm 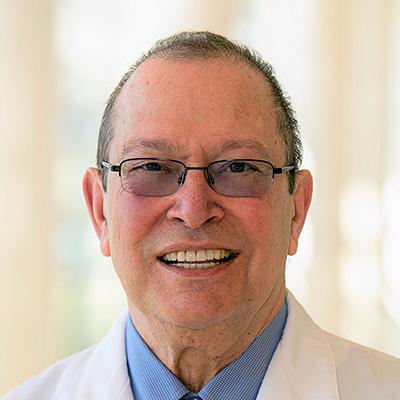 Rated in the top 10 percent of physicians in the nation for patient satisfaction, 2016, 2017 Named to the Castle Connolly list of America’s “Top Doctors” for 2017 Best Doctor in America 2017


I don’t know if he does pediatrics but he probably can recommend somebody if he doesn’t.
The following website gives a list of sarcoma centers:
http://sarcomaalliance.org/sarcoma-centers/sarcoma-centers-list/
Considering your son’s age, the fact that his tumor was only 2.5cm and the additional tissue removed was free of cancer is all excellent news in terms of prognostic.
From my personal experience, synovial sarcoma tumors don’t always light up on PET scans even when they show up on CT scans. Usually PET scans are done as a combination PET/CT scan of the whole body with a higher radiation exposure than a simple chest CT scan. The lungs are the most common location for synovial sarcoma metastases which is why chest CT scans are favored (MRIs are not adapted for lungs but they are better for limbs, something to do with water content ?).
A single mutation is a specific type of cell can start synovial sarcoma so yes, the cause is likely bad luck

Hi Jill, my son was diagnosed with synovial cell sarcoma back in March. So, I understand what you are going through. My son has had surgery, radiation and we are still going through chemotherapy.

I’m sorry to hear this, Bryce. How old is your son? It’s all so overwhelming. I’ll keep him in my thoughts. Thanks for reaching out.

My brother has ss, the tumor was on his foot. He has no metastates, the tumor was cut with big margins. But the dr said that chemo is necessary, without chemo…my brother will die. So we starte chemo yesterday, very aggressive chemo…I’m sure everythink will be good, must be!

Ela, getting synovial sarcoma is very bad luck indeed, but your brother is lucky to have a sister who is so positive in her outlook. Good luck to you, your whole family, and especially your brother.
Take care of yourself while you take care of him. All the best. You are in our thoughts.
Seenie from Moderator Support

Hey Jill, how are things? My son is 9, he will be 10 in December. My son just gets scans now and like you they do scar me due to the radiation our children are exposed to.